Chapter 2 in my Reminiscing Series….

Do you know why the summer of 1969 was a very special summer?  Woodstock?  The Manson Murders?  Neil Armstrong walking on the moon?  (By the way, while all the adults were watching this momentous event on TV, Nancy Huish and I ran outside and saw it in person.  We SWEAR we saw him WALKING ON THE MOON!) 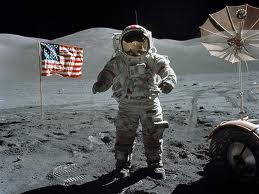 None of the above.  That summer was special to me because I took a 3 day road trip with my father.  As an Army brat, we moved an average of every 2 years.  We had 10 people in my family, so when we moved, half of us went with my dad in the car (and I mean THE car.  1 car, 10 people), and the rest of us flew on an airplane to our next destination with my mom.  Three years before, in 1966, my dad had just returned from Viet Nam and we moved from Massachusetts to Arizona.  Three of my older siblings drove with him, and their stories of that adventure had me campaigning for the next 3 years to go in the car the next time.

The time finally came, and I was chosen!   At 8 years old I was going on a road trip!   However, I would not be going with my older brother and sisters, the ones who made up all the fun games, but with my 6-year-old brother and 4-year-old sister,  which meant I was the babysitter and had to be the one who kept them happy on the ride.   Greeeeaaaaat.

My father had been an ROTC instructor at Arizona State for 3 years, and we were now headed to Ft Leavenworth, Kansas where he would attend the Staff College for a year.  Each time we moved, we packed up the house, and after the movers arrived we would move to a hotel for a week or so.  This time it was a Holiday Inn near the Phoenix airport.  The entire family stayed there for a few days, then the younger kids (minus the baby) piled into Bessie, our Volkswagen Van, and headed to Kansas.

Here’s what Bessie looked like, sort of, except she was green: 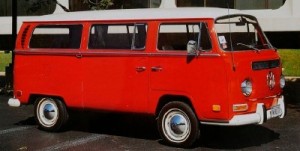 Note that the large back windows don’t open; only the front seat windows and the little flap window.  And no silly, we didn’t have air conditioning.  In Arizona?  Why would we have that?

I don’t recall much about the trip except my dad kept a prodigious stash of lifesavers in the glove compartment.  Apparently it kept us from getting thirsty, and then from having to stop and go to the bathroom more often than my dad wanted.  I mean, candy…who wouldn’t have been fine with that?   I also tried to recreate the games my older siblings had described on their road trip but whether it was the delivery or the audience, they fizzled.

And then there were the Howard Johnsons’.  Every time we passed one (and back in the day they were like Starbucks..one at every exit) my dad would say, “Holler Johnson!’  and amidst the crickets in the backseat he would answer himself , “Johnson!”  It didn’t seem to bother him that we tired of this game quickly and stopped “hollering Johnson” after the first few times.  Come to think of it, he’s 80 years old and still entertains himself whether we participate or not. 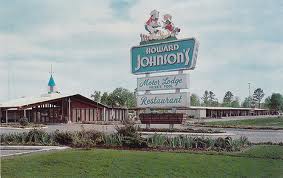 Our first overnight was in Albuquerque.   We had the same routine each night.  We got to the above-mentioned Holler Johnson or Holiday Inn (no nickname), changed into bathing suits, and headed to the pool.  After a quick swim we would go to the restaurant where we were allowed to have a Shirley Temple EVERY night.  Then we would head to bed and get into the car early the next morning.  I lived in Albuquerque as an adult in the 80’s, but in the 60’s all I remember was a street with angled parking, like you see in old movies now.

The next night we stopped in Oklahoma City.  In the restaurant that evening, the hostess was especially friendly and gave my little sister something like 6 cherries in her Shirley Temple.  However, when we headed to our room that night, my Dad said he had to leave to “do laundry”.  So, he left an 8 year old in charge of 2 smaller kids in a strange city, in a strange hotel, at night.  Yes, times were different then.  I was also a very good babysitter.  Eventually the little kids fell asleep, but my dad still hadn’t returned, and it was super late because Johnny Carson was on TV.  And that’s when I realized….my Dad was not coming back.  He had abandoned us.  After thinking a bit, I decided on a plan:  The next morning I would find the nice lady in the restaurant and tell her my Dad had left us, but I would ask her to call my mother, who was in a Holiday Inn in Phoenix near the airport.  Plan in place, I fell into a satisfied sleep, and the next morning, there was my dad, telling us to pack up and head to the car.

The final overnight was spent in Kansas City.   Now, it’s about 350 miles from Oklahoma City to Kansas City and I can only guess how many times one might see a sign saying “Kansas City xx miles”, but I can tell you that every time we saw one my father would sing, “Everything’s up to date in Kansas City…we’ve gone about as fer as we can go!”  In my memory I think that was about 100 million times.

I am inclined to believe him about the laundry, too, because when I go to my parents’ house now, he does laundry just about every single day, whether there is a full load or not.