When I was in my 20’s I was a bridesmaid in a wedding for my college roommate.  The wedding was in Old Town Alexandria, VA, right outside Washington DC.  I distinctly remember looking at the historic homes and thinking “Someday it would be so cool to live here.”  I imagined that privilege was reserved for millionaires or old guard Virginia families and never really thought I would, or could, do it.  Fast forward 20 odd years, and I had purchased a 100 year old home in a historic neighborhood in Old Town.

The house was super cute, but turned out to be a leaning, sagging money pit that overshadowed any other romantic notions I may have had before I ended up living in it for 7 years.

What never lost its charm was the Old Town neighborhood.  It was walking-friendly, and each morning I would set out on a 4 mile trek to get coffee before I started my day.  I never tired of looking at the historic homes and at this time of year, the holiday decorations.  But the BEST thing of all, was the Parade that kicked off the holiday season and celebrated Alexandria’s heritage at the same time:  Scottish Walk.  I have moved to Colorado now, but still try to get back to attend this little parade every year.  This year my company holiday party was the same weekend as Scottish Walk, and I was thrilled to attend with my sister Donna, my niece Amy, and her friend Becca. 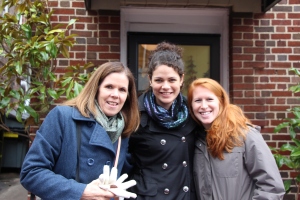 The Sheriff shows up

And the beloved Mayor: 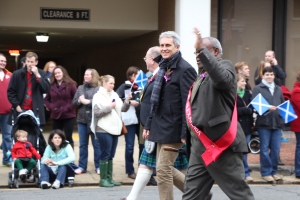 and some real Scottish people from SCOTLAND!  I think these dudes have been nipping some single malt “cheer”. 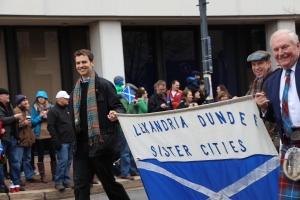 A bunch of Scottish clans are represented, with each wearing their tartan plaids.  The favorite is always The Hay Clan, with the crowd yelling “Hay!!!” when they walk by. 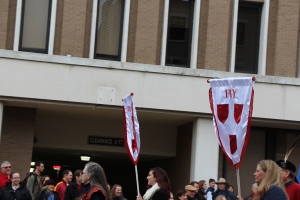 There are some epic outfits, whether you are marching in the parade or not: 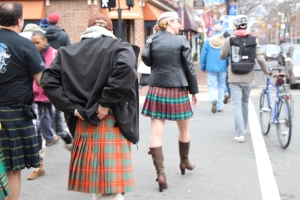 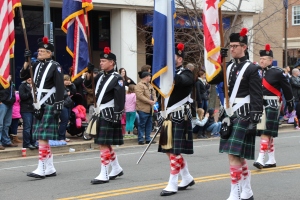 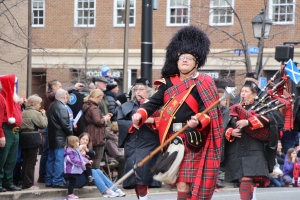 And lots of bagpipes! 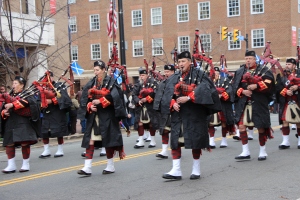 All kinds of characters, including a queen… 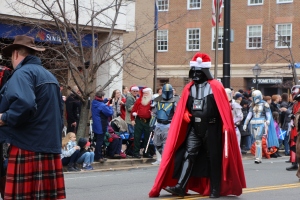 ..and T. J.  Where else can you see a founding father and Santa Claus in the same venue? 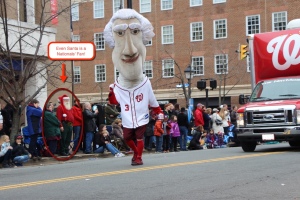 …an announcement about a water-skiing Santa, who looks more like Elvis to me.

But the best part is all the dogs…..  Alexandria is known as a dog city, with doggy happy hour every week. 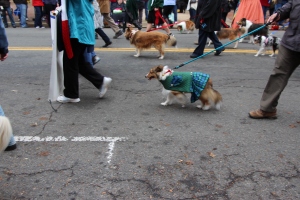 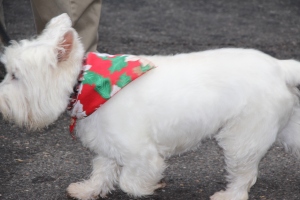 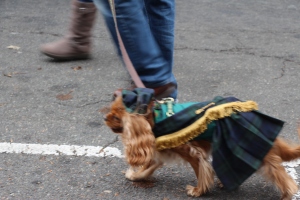 The big, gentle deerhounds were my favorite, and this one in particular.  His name is Teagan.  😉

There was even a tired dog.  My sister, who is always very encouraging, shouted “Go Lazy Dog!”

You know the parade is coming to an end when Mrs. Claus shows up… 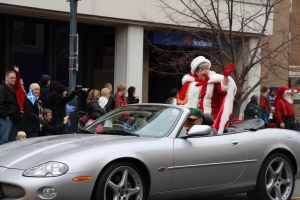 Followed by the man himself.. 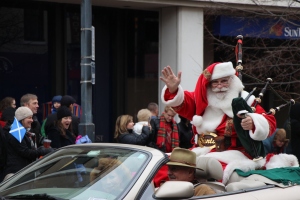 Such a great community event, which is hosted by The Campagna Center,
The St Andrew’s Society of Washington DC,

The Scottish Government, and The City of Alexandria.

We weren’t sure if this was our favorite..